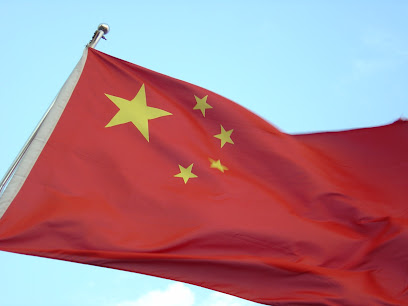 (China—March 24, 2022) On March 1, the
Chinese Communist party’s “Measures for the Administration of Internet
Religious Information Services” came into effect. Chinese provinces began to
process applications of “Internet Religious Information Service Licenses,” as
well as applications for “information auditing” training sessions for their
work units, and other relevant works have started. Provinces have also begun to
improve the ability of employees in charge of auditing religious information to
ensure that religious information on the Internet is in line with the CCP’s
political rhetoric.

According to the regulations set forth from
the administrative measures, “unless permission is obtained from a provincial
government department, no organization or individual may teach on the Internet,
conduct religious education and training, publish sermons or repost or link
related content, organize religious activities on the Internet, or live
broadcast or record and broadcast religious ceremonies.”

The exam instructors for these auditors can
only be students from officially registered religious institutions or religious
clergy, and they must undergo identity verification.

The government plans to issue online licenses
for officially registered religious groups, religious schools, and venues of
religious activities that received training. The content of online publications,
religious doctrine, and canon must be conducive to the official political views
of the CCP, and the content of “social harmony, the progress of the generation,
healthy civilization” should also guide citizens of faiths to be “patriotic and
law-abiding.”

Anyone who is seen as using religion to incite
subversion of state power, oppose the leadership of the Chinese Communist
Party, and undermine the socialist system, national unity, ethnic unity, and
social stability will be punished.

Those who participate in online sermons must
register with their officially registered legal name.

The Zhejiang Provincial Ethnic and Religious
Affairs Commission announced on February 28 that it would carry out licensing
work for Internet religious information services across the province. Training
will begin in March.

The training contents of Internet religious
information auditors include:

●     Measures for the
Administration of Internet Religious Information Services.

●     Matters related to the
application for Internet religious information services licenses and others.

The Commission also expressed that the
training sessions for Internet religious information auditors will be in
multiple batches.

Following Zhejiang, Anhui, Shandong, Shaanxi,
Guangdong, and other provinces have issued similar notices at present, stating
that “the inspection work of Internet religious information of auditors will be
carried out in due course.”

Shaanxi Province also announced the range of
studies for the Internet religious information auditors, in addition to laws
and regulations related to religious affairs, the Civil Code, the National
Security Law, the Internet Security Law, and other relevant laws and
regulations and religious knowledge. It will also include Xi Jinping’s Thought
on the rule of law, the Constitution, and socialist core values.

Although the Chinese government says these
measures are aimed at protecting national security and social stability, the
real purpose behind these various licenses is to strengthen China’s ruling
party’s strict control over religious information.