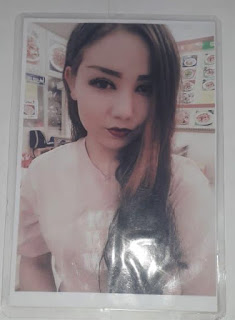 
Jan. 11, 2019, 2:04 p.m. update: After ChinaAid published this report, Razila Nurali informed us that she was released from house arrest due to our article.

(Ürümqi, Xinjiang—Jan. 8, 2019) Some ethnic minority Muslims imprisoned in China’s “re-education camps” are being forced to perform labor without compensation, according to recent reports.

One woman, Razila Nurali, who is of Kazakh descent, said she was forced to work at a clothing factory after she had been in custody for some time. Her boss required her to make three school uniforms every day, and she wasn’t given medical care when her fingers became infected from the repeated needle pricks. She had to ask her family to purchase medicine for her.

Before Nurali entered the camp, she was a petroleum school graduate who was paid around $875.50 USD a month. During her time in the clothing factory, she was not paid for her work. Even though she was released, she has been under house arrest for the past six months.

In the clothing industrial zone of Yining County, Xinjiang, manufacturers forced detainees to sign a one-year service contract. The detainees refused, but the overseers are insisting on compliance.

According to an Associated Press article, sportswear from a “re-education camp” factory has made its way to a distributor in North Carolina. The company has ceased sourcing its products from China while it investigates.

Such camps are spreading rapidly throughout Xinjiang in order to hold the masses being arbitrarily arrested. Under the guise of terrorism prevention, Chinese authorities arrest the region’s mostly Muslim ethnic minorities for trivial actions, such as asking whether or not food is halal. China claims that the camps are educational. However, numerous firsthand accounts indicate that inmates are starved and tortured into pledging devotion to the Chinese government. They are also forced to study Communist Party propaganda.

China is especially wary of Xinjiang residents who travel to Kazakhstan, and often try to lure those who have emigrated to Kazakhstan back into China, where they can be subject to detention. In some areas, if the residents do not return to China within a set time, their assets will be confiscated by the government.