Ros-Lehtinen Opening Statement at Hearing on Human Rights, Rule of Law in China 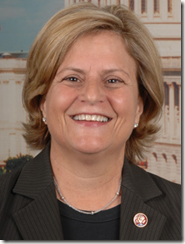 (WASHINGTON) – U.S. Rep. Ileana Ros-Lehtinen (R-FL), Chairman of the House Foreign Affairs Committee, made the following opening statement at a Committee hearing today titled “Congressional-Executive Commission on China: 2011 Annual Report.” The Commission was created to monitor human rights and the rule of law in China. For more information on the hearing, including witness testimony, please click here. Statement by Ros-Lehtinen:

“The Congressional-Executive Commission on China has recently issued its tenth annual report on China’s human rights and rule of law developments. The report also marks a decade since China acceded to membership in the World Trade Organization (WTO) after being granted Permanent Normal Trade Relations (PNTR) with the United States the previous year.

“I opposed PNTR for China, given its abysmal human rights record, unfair trade practices, and disdain for the rule of law. Over a decade later, we can see that economic engagement with and trade liberalization for China did not produce political liberalization and thus granting PNTR was a mistake. Documented in the Commission’s report is a clear picture of a China where human rights lawyers disappear, ‘black jails’ illegally imprison those who seek to voice dissent, Falun Gong practitioners are mercilessly persecuted, and the internet is censored by thought police.

“In just the past twelve months, Beijing has sought to disrupt the Nobel Peace Prize ceremony for Chinese dissident Liu Xiaobo, kept news of the Jasmine Revolution in the Middle East from the Chinese people, and disrupted a Christian service on Easter morning, the holiest day in the Christian calendar.

“The release of Nobel Peace Prize laureate Aung San Suu Kyi by the Burmese junta in late 2010 left Mr. Liu the sole imprisoned Nobel Peace prize winner worldwide. He remains held in a Chinese jail offering silent testimony to Beijing’s repression. It appears that Beijing is adhering to the old Chinese adage of ‘kill the chicken to scare the monkey’ by making Mr. Liu an example of what dire consequences await a person in China who is bold enough to speak out for democratic reform.

“The report also notes how the rights of ethnic groups in China are constantly trampled. Whether it is a Mongolian herder on the grasslands, a Tibetan monk praying in his monastery, or a Uyghur Muslim seeking fair and equal employment, all face the harsh backlash of Beijing’s oppression. In recent months, the desperation has intensified so greatly that several Tibetan monks and nuns have set themselves on fire to protest China’s rule in Tibet. Beijing’s ultimate goal continues to be to displace Tibetans, Uyghurs and Mongolians in their traditional homelands with Han Chinese.

“While Mao once claimed that ‘women hold up half the sky,’ the Commission report notes that ‘Sexual harassment reportedly remains prevalent in China.’ Trafficking for sexual exploitation, forced labor, and forced marriage remain, according to the report, a major impediment to the achievement of full equality for women. North Korean refugee women are particularly vulnerable to exploitation by China’s sex trade.

“The Commission’s report also chronicles how the so-called ‘workers’ paradise’ of the People’s Republic of China has no respect for its people, and a complete disdain for workers’ rights. Factory owners and local officials conspire to poison the environment of the people who live in the vicinity, and to exploit the workers who labor in deprivation and filth, worthy of a Charles Dickens novel.

“Forced abortion mandated by a coercive one-child policy has led to a widening gender imbalance.

“Nor is China in any way closer to becoming a fair trading partner, as the countless unemployed Americans can readily affirm. The report points to ‘a lack of respect for the rule of law extended into the international arena, where China pursued domestic subsidies and industrial policies inconsistent with China’s commitments as a member of the World Trade Organization.’

“How can a ruling clique which causes human rights lawyers to disappear, which persecutes and tortures Falun Gong practitioners, which drives Tibetan monks to such despair that they set themselves on fire, and which hunts down North Korean refugees on its northeast frontier ever expect to be regarded as anything but a barbaric regime, certainly unworthy of the name responsible stakeholder?

“I welcome recommendations from our distinguished witnesses on follow-up actions for the Foreign Affairs Committee to take, as a result of the conclusions reached in the Commission’s report.

“I now turn to Ranking Member Berman for his opening remarks”