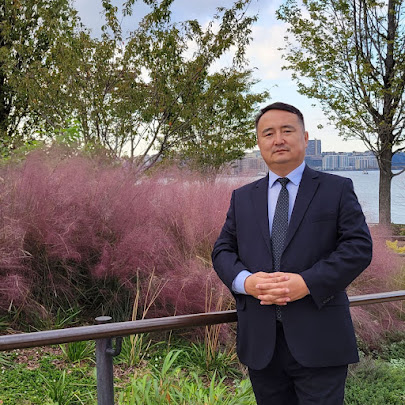 Serikzhan Bilash: Kazakhstan is a puppet regime for the CCP

(New York, December 11,
2021) Serikzhan Bilash, a human rights advocate, has released 12 pages of police
documents addressed to the city court of Almaty, Kazakhstan. These documents
sought to prove to the Court and the Kazakh government that Serikzhan absconded
his probation, justifying a “most wanted” status. However, Serikzhan left
Kazakhstan legally in 2019. Serizkzhan believes the Chinese Communist Party remains
the real manipulator due to his advocacy in Xinjiang.

The 12-page police report
claimed authorities searched Serikzhan’s residence and various addresses at
different times and found that he did not live in those residences, suggesting
that he fled his probation. According to Serikzhan, he left Kazakhstan legally
on November 30, 2019, when his probation ended. The Kazakh government may want
to strip him of his Kazakh citizenship. Shynkuat Baizhanov, Serikzhan’s lawyer,
said that such actions by the city of Almaty were illegal.

Serikzhan Bilash leads Atajurt,
an organization that defends ethnic Kazakhs in Xinjiang from concentration
camps. During the boycott of the Beijing Winter Olympics by the Five Eyes
Coalition countries, Atajurt organized protests and asked family members of
those imprisoned in Xinjiang concentration camps to march in front of the
Almaty embassy. Serikzhan gave daily speeches, encouraging families to protest
the Chinese government’s inhumane and genocidal policy in Xinjiang.

“Last month, I
organized my team to travel 4,000 kilometers over a long distance, visiting
more than 100 towns and villages, recording more than 100 articles about the
witness policy of Xinjiang re-education camps and publishing them in Atajurt’s
media, partly translated into English and already published in the world’s
leading human rights media. Six articles have been published on Bitter
Winter’s website, at a time when the international community is expecting
new evidence about the Xinjiang concentration camps, so the Chinese Communist
Party hates our guts. The Kazakh government cannot tolerate my constant
criticism of them. This Almaty court incident is an act of revenge by the
Kazakh government and is planned by the Chinese Communist Party behind the
scenes. Kazakhstan has become a total puppet regime. China’s policy of genocide
against Kazakhs in Xinjiang was absolutely approved in advance by the
dictatorial president of Kazakhstan. It was Atajurt’s effective exposure of the
Chinese concentration camps in Xinjiang that led the Chinese Communist Party to
take revenge on me through Kazakhstan because so far we have been working
non-stop to organize a witness policy on the educational camps in Xinjiang and
to expose the crimes of the Chinese Communist Party against humanity!”

ChinaAid obtained the police report to the Almaty Court. Read it here.