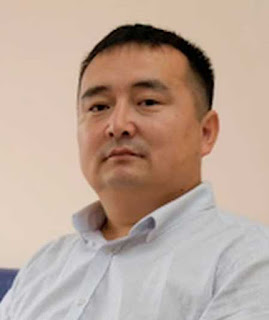 (Xinjiang Uygur Autonomous Region—March 03, 2021) On March 2, Serikzhan Bilash, a Kazakhstan activist for the plight of indigenous ethnic groups in China’s northwestern region of Xinjiang, shared a breaking news story recounting Chinese Communist Party (CCP) authorities’ arrests and “life sentences” of three grandsons of Ospan Islamoğlu. Part of President Xi Jiang’s genocide not only aims to eliminate targeted cultural groups but also intends to eradicate the concept of anti-CCP heroes in the Kazakh ideology, like Ospan, a historic anti-CCP leader of our Kazakh people.
Currently, in addition to the arrests of three of Ospan’s grandsons, CCP’s illegal seizures include a large number of family members, grandchildren, relatives, or close relatives (tribal personnel-Molqy tribe) of Usman—for no reason.
The following breaking news story focuses on three people with family who care about them: Nurlan Nabyuli, Nagyz Mukhammeduly, and Tolkyn Sogysaiuly.

In 2017, I immigrated permanently to our fatherland, Kazakhstan, and became a citizen in 2018.

In 2000, due to health issues, my father, Nurlan Nabyuli, a former court staff member in Koktogay County, retired from the organization. In March 2018, local police arrested him—for no reason.
Since my father’s arrest, with him becoming a victim of the CCP authorities’ persecution of the minority, our family has not heard any news from or about him. In response, I have appealed twice to the Kazakhstan government, but have not seen any results. Hence, I plead to the President of the Republic of Kazakhstan, to the Minister of the Foreign affairs of Kazakhstan, and to the International Human Rights organization: Please protect my father’s life and let him regain his freedom.
I [Parasat Nurlanuli] recorded the following video appeal on behalf of my father.

Beginning in  Since 1991, Nagyz Mukhammeduly (a descendant of Ospan’s cousins), born in 1968 in the Koktogay region of the People’s Republic of China (PRC), worked at the Koktogay District House of Culture. Later he worked at the Altai Regional Cultural Institution.

In 2010, our family immigrated to Kazakhstan from China. In March, 2018, Koktogay County police detained my son, Nagiz Muhammad. Then, on September 20, 2020, the court sentenced him to life imprisonment.

My son is innocent.

I plead to the President of the Republic of Kazakhstan, to the Minister of the Foreign affairs of Kazakhstan, and to the International human rights organizations to help my innocent son.

In 2010, our family immigrated to Kazakhstan from China. Born in 1968, Nagiz worked at the Koktogay County culture house for more then 30 years. In 2015, he settled his wife and two children down in Almaty, Kazakhstan. Nagiz stayed in Altay City to work but traveled back and forth to spend time with his family. On March 14, 2018, Koktogay police arrested Nagiz and took him into custody—for no reason.

Then, we lost contact with Nagiz. On September 20, 2020, the local court simultaneously sentenced him, Nurlan Nabyuli, and Tolkhin Sogisayuli to life imprisonment. The court based their judgments on false accusations like:

Therefore, I plead to the president of the Republic of Kazakhstan, Khasimzhomart Tokhaev, the Kazakh government, and the international community to save my brother.

My mother. and I recorded the following video appeal for Nagiz:

Tolkyn Sogysaiuly (a descendant of Ospan Batyr’s cousins) born 1 June 1968 in the Koktogay region of the PRC, had been teaching at secondary school №1 of the Koktogay region since 1990. Local police arrested him in December 2017 without any explanation—for no reason. 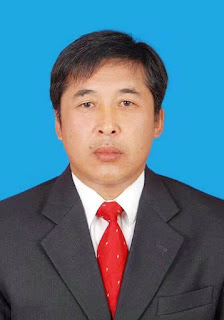 For the reason of the arbitrarily arresting of my son-in-law, Tolkhin Sogisayuli, I appeal to the UN Human Rights Committee, the President of the Republic of Kazakhstan, and the International human rights organizations.

Police arrested Tolkhin Sogisayuli’ (ID number: 652623196806010011) on December 15, 2017 without providing any legal reason. On July 10, 2020, the court sentenced Tolkhin to life imprisonment without convicting him—for no reason.
During his three years imprisonment, officers have tortured and beaten Tolkhin, at times breaking his arms and legs. He has suffered severe injuries all over his body.
CCP authorities have not yet provided any evidence of Tolkhin’s conviction.

Before the age of 10, Ospan Islamoğlu, who lived a nomadic life, had become a skillful rider and master hunter. In time, as the nation of Kazakhstan considered him brave… a hero.

At the age of 12. Ospan, born in 1899, in Öngdirkara, in the Köktogay region of Altay, the son of İslâm Bey, a farmer of middle class from Altay Cossacks, entered his service of Böke Batur, a Kazakh Turk. Here, as he served, Ospanr learned martial arts. After the Chinese captured Batur and decapitated him, Ospan packed his gun and traveled to the mountain alone.

Although Ospan struggled alone until the CCP executed him in Urumqi on 29 April 1951, his legacy continues and contributes to one of the reasons CCP authorities have arrested his grandsons and other relatives.

1940: Armed himself and traveled to the mountain, There, he struggled against increasing pressure that China and Russia wielded, trying to control Kazakhstan.

1941: With the aim to liberate all Altai lands and East Turkestan from the Chinese and Russians.

1943: Ospan started to clear the Altays from the Chinese and appeared to have reached that goal.

1945: Turks seized control of all but a few cities in East Turkestan. Despite an intolerable and dangerous situation for the Chinese, the Chinese armies implemented harsh and intense operations in the region. Ospan, removed from Targabatay and Altays, began the battle with 30,000 people, but by 1950 this number dropped to approximately 4000.

1951: On April 29, 1951, after he had resisted the Communist takeover, the PRC executed Ospan, the grandfather of Nurlan Nabyuli, Nagyz Mukhammeduly, and Tolkyn Sogysaiuly.
###
Better is a little with righteousness,
Than vast revenues without justice.
~ Proverbs 16:8 (NKJV)
China Aid exposes abuses in order to stand in solidarity with the persecuted and promote religious freedom, human rights, and rule of law. If you wish to partner with us in helping those persecuted by the Chinese government, please click the button below to make a charitable donation.