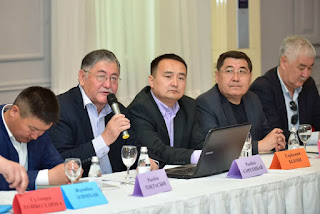 Seven sentenced to 8-14 years in Xinjiang

These prisoners consisted of imams, herdsmen, and civil servants working for the government. One of them, Zhumabek Mohan, a Kazakh official who worked in the armed forces in the Karachi region of Altay when he was arrested in 2016 for “leaking state secrets.” At the time, his son attended university in Shanghai, but the school expelled him, and he had to return to Xinjiang. The hospital where his wife, Gulgalila, worked also fired her, and the authorities took his 50 cows and 600,000 yuan savings ($94,600 USD).

Another Karachi resident, Kazakh imam Bolati Batihe, was detained at a political training center, and officials announced that the detention would last a year, and a second imam, Bolati Aitbai, was taken into custody at around the same time. Currently, they are not allowed to contact their family members, and the government has prohibited their family from spreading the news.

Another Kazakh, Saikan Khan Barr, was accused of advocating for extreme religious doctrines and contacting friends and family in Kazakhstan too frequently. Last October, officials arrested him and sentenced him to four years in prison.

Likewise, in May 2016, Zeyazati Ahai, a villager who specialized in decorating Kazakh-style homes, received a seven-year sentence for contacting his friends and family in Kazakhstan. Officially, officials said that he leaked state secrets and spread terrorist videos online. In the two years that he has been imprisoned, no one has heard from him.


Sergek Mussa, a Kazakh man, was also accused of chatting with Kazakhstan citizens online last year and sentenced to eight months in prison.

Margulan Tuheniez, a Uyghur man who lived in Altay and had resided in Kazakhstan for awhile, was arrested on May 7, 2016, after he returned to China and handed a six-year sentence.

The Chinese government often persecutes Kazakh and Uyghur people living in Xinjiang, officially to curb terrorism and extremist doctrine. However, the people who fall victim to these arrests are often innocent, peaceful citizens who have been profiled because of their ethnicity and sent to “political training centers,” or detention centers known for torturing inmates.

In response to this crackdown, a human rights group in Kazakhstan convened and condemned China’s senseless violation of human rights and religious freedom.

ChinaAid exposes abuses, such as those suffered by Kazakh and Uyghur people in Xinjiang, in order to stand in solidarity with the persecuted and promote religious freedom, human rights, and rule of law.