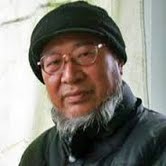 (Wenzhou, Zhejiang—Feb. 13, 2017) A policeman attacked a sick and elderly political prisoner on Saturday, the inmate’s wife learned when she went to visit him in China’s coastal Zhejiang province.

Authorities refused to allow Jiang Hangli, the wife of political prisoner and China 18 member Zhu Yufu, arrived at Zhejiang No. 4 Prison on the morning of Feb. 11, to see her husband until the afternoon, saying he was currently connected to an IV on account of his high blood pressure. However, when she met with Zhu later that day, he told her that a police officer had confronted him earlier that day about the length of his beard. After Zhu explained to the official that the razor was locked up, the man unexpectedly accosted him. The back of his head hit concrete, and he blacked out. His blood pressure spiked to 120/230 mmHg, and he was given emergency medical treatment.

In a letter Jiang wrote yesterday, she claims China often charges political prisoners, including her husband, with “inciting subversion of state power.” Zhu, who founded the first pro-democracy movement in Communist China, the Democracy Wall, a pro-democracy publication entitled April 5 Monthly, and the China Democracy Party in addition to serving as the general secretary of the Standing Working Group of Zhejiang Preparatory Committee of China Democracy Party and a member of the Preparatory Committee of National Preparatory Committee. These activities prompted authorities to charge him with “subversion of state power,” on Nov. 2, 1999, and he received a seven-year prison sentence.

After he was released in 2006, Zhu was arrested again in 2007 and was sentenced to two years on a falsified charge of obstructing government business.

On March 5, 2011, he was taken into police custody once more because he wrote and distributed a poem that urged people to take to the streets around the time of the Arab Spring protests, according to Human Rights in China. Subsequently, the Hangzhou Intermediate Court sentenced him to seven years in prison and deprived him of political rights for three years for “inciting subversion of state power.”

Jiang’s letter can be read in full below.

China Aid exposes abuses such as those experienced by Zhu Yufu in order to stand in solidarity with persecuted Christians and promote religious freedom, human rights, and rule of law.

I am a relative of political prisoner Zhu Yufu, who is currently serving a sentence in Zhejiang No. 4 Prison for “inciting subversion of state power.” Zhu Yufu is already 65 years old. He has severe hypertension, hyperlipidemia, heart disease, lumbar disc herniation, prostatitis, cholecystitis, and several other diseases. He moves slowly.

On the morning of Feb. 11, I went to the prison to visit Zhu Yufu, but I was told he was on IV due to high blood pressure, and I couldn’t meet with him until the afternoon. When I finally saw him in the afternoon, he told me what happened earlier that day. At around 9:10 in the morning, a prison policeman (about 56 years old, but he is not the policeman assigned to manage Zhu) had an argument with Zhu regarding the length of his beard. The police asked him to shave his beard immediately. Zhu told him the shaver is locked in the prison and is difficult to get. Then the policeman decided to give him a difficult time. Without any warning, he was forcibly attacked by the police. The back side of his head hit the concrete, and he passed out immediately. That caused his blood pressure to rise to 120/230mmHg. The situation got better after emergency medical treatment.

I urge the authorities in charge of prisoner management to take actions to guarantee the safety of Zhu Yufu and keep him safe from violence. I urge higher authorities to get the surveillance video from 9:10 a.m. on Feb. 11, 2017, to verify the situation and punish the policeman who attacked Zhu Yufu in order to prevent similar issues from happening again. Do not insult Zhu Yufu or force a confession from him. He is old and sick. I hope the prison can give him better treatment considering his situation and offer him nutritious food.