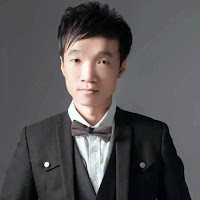 Son speaks out about incarceration of parents, brother

Reported in Chinese by Qiao Nong. Translated by Carolyn Song. Written in English by Brynne Lawrence.

(Rui’an, Zhejiang—May 6, 2016) Following the apprehension of two Christians in China’s coastal Zhejiang province in late April, their youngest son spoke exclusively with China Aid about everything that occurred after officials arrived at the family’s home on the night of April 25.

According to the youngest son of Wen Xiaowu and Xiang Lihua, two criminally detained Christians, more than a dozen uniformed and plainclothes government officials demanded entry to their home on April 25. They displayed a search warrant and ordered Wen Xiaowu and Xiang to come with them. An hour later, the authorities returned to the home and detained the couple’s eldest son, Wen “Eden” Yidian, for attempting to prevent his parents’ detention

However, local Christians allege that police apprehended this couple for their meetings with U.S. Consulate officials in Shanghai to discuss an ongoing cross demolition campaign. Additionally, church members claim authorities had been trying to frame Wen Xiaowu and Xiang Lihua because they provided legal defense counsel to churches experiencing government-backed persecution.

In response to these events, China Aid contacted officials from the U.S. State Department and urged them to pressure the Chinese government for the immediate and unconditional release of Wen Xiaowu, his wife and their son.

“This matter is an example of the authorities violating Wen Xiaowu’s right to freedom of speech and freedom of religion,” China Aid president Bob Fu said. “We call on the American and Chinese authorities to take action immediately so that Wen Xiaowu, his wife, and their son can be released.”

China Aid exposes abuses, such as those experienced by Wen Xiaowu and his family, in order to promote religious freedom and rule of law in China.