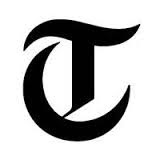 Britain has delivered a stinging rebuke to China after authorities shoved British diplomats and journalists away from the trial of a prominent human rights lawyers this week, describing the incident as “physical mistreatment”.

London has gone out of its way to maintain cordial relations with Beijing, a stance that has frequently invited ridicule over China’s poor human rights record.

But that changed when British diplomats were among a crowd that was jostled and abused outside the trial of Pu Zhiqiang. Some journalists said they were punched by security officials during the fracas.

On Wednesday, Hugo Swire, Foreign Office Minister, met Chinese authorities in London to them that such behaviour was “not acceptable”.

In a statement, the Foreign and Commonwealth Office said: “We are extremely concerned by events surrounding the trial of Pu Zhiqiang on Monday. The physical mistreatment of British diplomats and journalists at the hands of Chinese security services was completely unacceptable.”

Pu Zhiqiang is on trial accused of “picking quarrels and provoking trouble” as well as inciting ethnic hatred through a handful of messages online.

Images of Chinese police manhandling diplomats who tried to make statements outside the courthouse were beamed around the world, revealing the authorities’s sensitivity about this trial.

Officers in uniforms and plain clothes tried in vain to place their hands in front of cameras to prevent filming. Other journalists reported that they were shoved to the ground.

A Foreign Office spokesman added that British diplomats were raising the concerns at “all levels” in Beijing.

The Foreign Office did not indicate how the Chinese responded to their protest but an editorial in the Global Times news site, a Beijing mouthpiece, accused the western diplomats of meddling in Mr Pu’s case.

“Among similar cases in recent years, the West has intervened the most in Pu’s trial,” the newspaper said.

“When the West and some Chinese people intervene in this way, except for values, they also have a political end, which is striving for a sentence of not guilty, making the Chinese judicial system feel embarrassed,” it added.

The editorial called for the court to not be influenced by these outside “forces”.

The UK’s criticism of China follows accusation that Britain was trying too hard to appease the Chinese in the so-called new “golden era” for UK-China relations. Ahead of Mr Pu’s trial, the British embassy in Beijing released a statement to mark Human Rights Day praising China’s progress in lifting millions of people out of poverty.

It was ridiculed for saying China had taken steps to “better protect civil and political rights” by abolishing re-education through labour.

The statement also highlighted that China had made other reforms to make its court system “more transparent and professional” but added that there was “always room for improvement”.

It went on touting the tour of the Magna Carta to China earlier this year as a reflection of the “meaningful dialogue” between the two countries, but it failed to address why one of the events was abruptly moved from a Chinese university in Beijing to the British embassy in October.

Mr Pu’s trial has ended but it is not clear when his verdict will be announced.