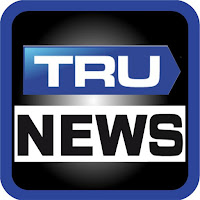 ■ (Trunews) China has torn down more than two thousand crucifixes from churches as the government strives to regulate “excessive religious sites”.

The effort began two years ago in the Zhejiang province, where several people were arrested for trying to stop the crackdown. Human rights lawyer Zhang Kai attempted to launch a legal campaign to challenge the removal of the crosses when he was apprehended. After six months he was forced to appear on state-run television and confess his “crimes”, according to the Daily Express. He was later released.

In addition to the crosses, the charity China Aid reports 49 churches have been destroyed.

There are more than 28 million Christians living in China.

Many experts believe the arrests are part of an effort to reduce the influence of groups and to manipulate people by forcing them to use state churches.

A pastor from Hong Kong, Rev. Ng Wah has been prosecuted for printing Christian books, according to Christian Daily.

“It is political persecution … Some extreme leftist officials in Guangzhou did this,” said Constant Kim, a Christian Church of Chinese Ministry member, as quoted by Christian Today.

Others have been persecuted for organizing house churches and posting messages online to invite Christians to attend services and training.

Kelly Sloan is Managing Editor and Announcer for TRUNEWS digital news content. She previously served as an anchor and reporter for USA Headline News and USA Radio News, where she also served as Assistant Religion Editor.