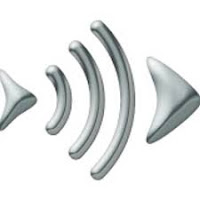 Christian rights groups have tried to ramp up pressure on China’s government by releasing campaigns to try to secure the release of Christian lawyer Zhang Kai after more than six months in detention.

Hopes Zhang might be freed after what appeared to be a coerced confession on video at the end of last month diminished when he was then criminally detained in Wenzhou for helping churches rebuff a campaign in which 1,700 crosses have been removed in Zhenjiang province.

The U.S.-based religious rights group launched the campaign on social media and set up a petition with Change.org calling for China’s President Xi Jinping to release Zhang.

In a separate campaign, Christian Solidarity Worldwide has urged Christians and other supporters of Zhang to write letters to Chinese embassies overseas.

Zhang’s case has caused outrage among supporters including U.S. Secretary of State John Kerry who publically called for Zhang’s release after he was first detained in August.

Authorities have accused Zhang of “endangering national security” and “disrupting social order” but are yet to file official charges.

According to Chinese law, Zhang must be charged within a maximum of 37 days of being criminally detained on Feb. 26, or be released.

“We hope Wenzhou’s law enforcement authorities can handle this in accordance with the law,” Zhang’s parents wrote in a letter posted online after he was criminally detained.