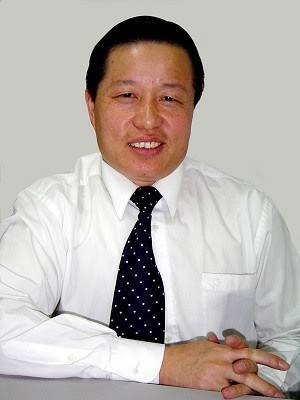 (Taiwan—August 4, 2022) The historic Chapel of the Jinan Presbyterian Church in Taiwan will hold a Taizé prayer service for Chinese human rights lawyer Gao Zhisheng on the evening of August 10.

According to a bulletin of the Jinan Presbyterian Church, Chinese human rights lawyer Gao Zhisheng began his practice in 1996 as a voice for the marginalized groups in China and has been called the “conscience of China.” In 2001, Gao was honored by the Chinese Ministry of Justice and the official media as one of “China’s Top 10 Lawyers.” He angered the Chinese Communist Party authorities because he chose to defend Falun Gong practitioners, Chinese Christians, farmers, and private entrepreneurs. Which also led to Gao Zhisheng being unjustly imprisoned, tortured, and physically and emotionally devastated.

In 2020, lawyer Gao Zhisheng was awarded the Lin Zhao Freedom Award by ChinaAid in recognition of his contributions to fighting for the rights of people oppressed by the Chinese Communist Party.

Lawyer Gao Zhisheng has twice been nominated for the Nobel Peace Prize for his human rights work. He was released from prison in 2014, but authorities continued to monitor him and deny him medical treatment. On August 23, 2017, Gao Zhisheng escaped from house arrest and headed to Shanxi with the help of two friends; however, he was arrested by authorities after 23 days in hiding.

Gao Zhisheng remains in secret detention under the Chinese Communist regime, despite serious concern from the international community. He has been a victim of enforced disappearance for five years now, and there has not been any information on his current conditions.

Gao Zhisheng and his wife Geng He are both believers of Christ, and he once said, “If I lose today, no one will believe in justice anymore! So he who has justice in his hand will not stand idly by! So God is fighting alongside us!”

The Jinan Church quoted Psalm 14:13 from the Bible as the key verse for the prayer meeting, “you grant them relief from days of trouble, till a pit is dug for the wicked.”

The Jinan Church in Taipei will hold a prayer meeting on August 10, and a live broadcast will also be available.