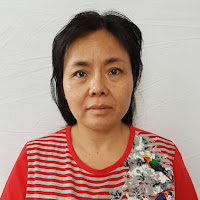 (Midland, Texas—Jan. 3, 2017) A Christian human rights defender is in need of urgent cancer treatment that she cannot afford after a Chinese medical team canceled a critical operation.

Huang Yan, a 47-year-old Christian woman who has assisted many prisoners of conscience, including Gao Zhisheng, was refused a necessary operation for her ovarian cancer, despite previously having one in the fall of 2013.

Public security bureau officials beat Huang in 2010 and 2012, respectively, and she lost her unborn children both times. During the second instance, the officials burst into the bathroom, where she had just miscarried her child, and continued to abuse her. At that time, her husband was taken to the public security bureau and received injuries at the hands of the authorities.

As a result of the miscarriages, she contracted cancer. She also suffers from diabetes and other threatening conditions.

Huang suspects the medical staff were pressured by government officials to refuse her treatment, on account of her involvement with important Christians and other human rights activists.

Recently, she arrived in a safe environment and is awaiting the approval of a medical visa to Taiwan. If the Taiwanese government refuses to grant her a visa, she is in a location where she can receive medical treatment as a backup plan.

However, she needs financial assistance in order to be able to have this important procedure, and China Aid is currently taking emergency donations on her behalf.

Previously, on Nov. 26, 2015, authorities arrested Huang on falsified charges of spreading false terrorist information. When she was transferred to Guangzhou No. 2 Detention Center last year, her charge was changed to “obstructing official business.” While imprisoned, she was treated at a military police hospital, where she was restrained with 23-pound and 15-pound shackles, subjected to 12 ultrasounds in four days, and coerced to take a drug. The 15-pound restraints remained on her ankles for so long that they began to bleed and waste away.

Additionally, learned that officials beat three other Christian women incarcerated with her for holding a Bible study.

China Aid supports Chinese Christians who are persecuted for their faith like Huang Yan, and assists persecuted Christians in promoting religious freedom, human rights, and rule of law.