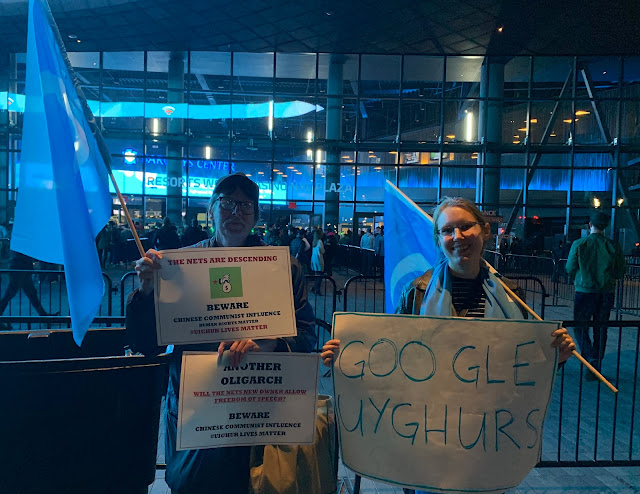 Tohti advocated against the persecution of Uyghurs, a people group living in China’s northwestern Xinjiang region. He would often criticize the government’s treatment of the group.

In 2014, after he criticized the government’s response to a car bombing, officials arrested him on separatist charges. As evidence, they cited his interviews with foreign media outlets, criticism of government ethnic policies, and his website, Uighurbiz.net.

Today, the European Parliament awarded Tohti its 2019 Sakharov Prize, claiming he “has worked tirelessly to foster dialogue and understanding between Uyghurs and other Chinese people” and that he “remains a voice of moderation and reconciliation in spite of what he has suffered.”

The European Parliament then pressed China to free Tohti, according to its president, David Sassoli.

Now, China is placing Uyghurs and other minority people in internment camps.

“ChinaAid is pleased that the European Parliament awarded its 2019 Sakharov Award to the persecuted Uyghur scholar Ilham Tohti,” ChinaAid President Bob Fu said. “The Chinese regime’s unprecedented brutality against peaceful Uyghurs, such as Ilham Tohti, and other religious minorities in the Xinjiang region has been recognized by the broad international community. Now, people of conscience from all faiths, including those in Muslim countries, need to hold Beijing accountable. We need to demand the Chinese communist regime immediately dismantle all internment camps and release each of the 1-3 million innocent lives inside of them.”