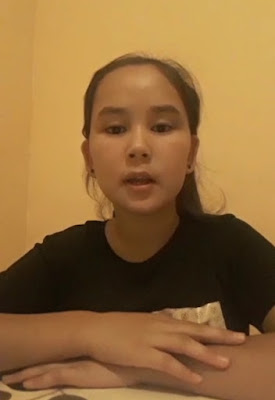 In China’s northwestern Xinjiang, where predominantly Muslim ethnic minorities compose the majority of the population, the Chinese Communist Party has been routinely rounding up, imprisoning, brainwashing, and torturing such people, claiming it helps curb extremist violence. However, those targeted in the crackdown are often singled out for actions as trivial as traveling to visit relatives in Kazakhstan. Police commonly confiscate their passports and place them in “re-education camps,” where they face inhumane conditions and cruel abuse.

One Muslim from the area said, “My older sister, brother-in-law, and brother have been in Xinjiang since they were arrested by the police a few months ago.” She added that the authorities had severely violated citizens’ fundamental rights and that she will be seeking recourse from the United Nations as well as the president of Kazakhstan, Nursultan Nazarbayev.

Her brother-in-law, who was arrested in September 2017, was later sentenced, but the family was not notified as to how long he is expected to serve.

Her older sister’s father-in-law and brother-in-law have also been sent to anti-extremist camps, while “Two of my older sister’s children, ages 12 and 7, have been missing. We are very concerned about them and anxious to get an update. My older brother’s Chinese passport and Kazakhstan green card were confiscated when he went back to China for work last August. He was arrested in March.”

An unnamed Muslim woman said that her 56 year-old mother relocated to Kazakhstan from Xinjiang two years ago and went back to China in July 2017. She was arrested in March of this year and is currently in a re-education camp. Authorities asked her why she went to Kazakhstan for six months and whether or not she had contact with terrorists or visited mosques. The imprisoned woman has heart disease, leaving her health precarious.

Two of her sons, Uljarik Aman and Tileubek Aman, were taken away as well, even though neither had been to Kazakhstan. Tileubek Aman was arrested after a friend gifted him a cell phone with WhatsApp, an online messaging platform.

“ … I ask the president of Kazakhstan and the Foreign Minister to help rescue my mom, younger brother [Uljarik Aman], and older brother [Tileubek Aman],” the anonymous woman said.

Likewise, a young girl who had immigrated to Kazakhstan recently called on Nazarbayev and the country’s foreign affairs departments to intervene on behalf of her father, who is detained in Yining, Xinjiang for visiting a sick relative in Kazakhstan on Feb. 17, 2017.

“Please bring my father back so that our family can be reunited,” she begged. “Fathers play a critical role in children’s lives. My mom is raising three kids by herself, which is very tough. We all miss my dad. Other kids live with dads, which makes us more heartbroken.”

Another Muslim, Ularbek Zarhanuly petitioned Kazakhstan’s foreign affairs officials to negotiate with the Chinese government for the release of his brother, Haisar Zarhanuly, who has been in a “re-education camp” since Feb. 7 for staying in contact with Ularbek and his wife after they moved to Kazakhstan.

Recent statistics have shown that the authorities arrest people regardless of age, sex, or disability and have successfully split more than 90 percent of ethnic minority families in the region, often not allowing them to know the whereabouts of their relatives.

ChinaAid strongly condemns this gross violation of human rights and will continue to expose it in order to stand in solidarity with those wrongly imprisoned and promote religious freedom, human rights, and rule of law.