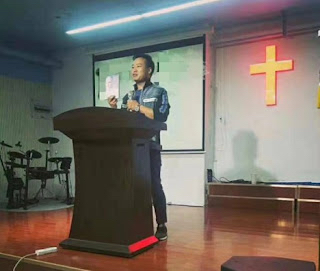 Wang Shunping is a young minister in Fugong County, Nujiang, Yunnan province. Authorities charged him with organizing and sponsoring illegal gatherings due to evangelism work. According to other sources, police arrested Nu Sangdeng, San Luobo, and two unidentified female Christians at the same time.

Wang served the church since graduating from Yunna Seminary and moving back to his hometown in 2014. He holds authentic faith and is meek and devout. Wang Shunping strived to fulfill a Christian’s obligation of loving God and people by volunteering to teach his peers music for free.

On August 17, 2022, Nujiang Fugong County Bureau of Public Security criminally detained Wang Shunping as “being suspected of organizing and sponsoring illegal gatherings.” Nu Sangdeng, another Christian, is detained on the same charge, and San Luobo and two unidentified female Christians are criminally detained as well. They all are detained at Fugong County Detention Center. On August 19, the families of Wang Shunping and Nu Sangdeng received their criminal detention notices. Regarding his arrest, Wang Shunping felt that it was not wrong to attend and organize a Christian gathering, but he was not certain if he broke laws by teaching the Bible to the underaged the Bible.

On September 16, 2022, the Fugong County Bureau of Public Security submitted the application of arresting Wang Shunping to the Procuratorate. Wang Shunping’s defense lawyer submitted the position paper that the arrest should not be approved to the Procuratorate on the same day in the hope that the Procuratorate can practice the stipulation of the Constitution about protecting citizens’ freedom of religion and disapprove the arrest of Wang Shunping by laws. The attorney thought that Wang Shunping’s attending and organizing Christian gatherings doesn’t constitute the illegal rally conduct mentioned in Criminal Law Article 294 Clause 4. Rather, his conduct should be protected by the Constitution Article 36—freedom of religion, so he shouldn’t be prosecuted for criminal liabilities under the laws. However, Fugong Procuratorate still arrested Wang Shunping and four other Christians regardless of the laws.

One anonymous prayer request says that Christianity has been spread among Lisu ethnic group and Nu people in Nujiang Lisu Prefecture, Yunnan since James Outram Fraser, a British missionary, came to the Nujiang region and preached the gospel there. The extant documents have shown that communism wasn’t introduced to China while James Outram Fraser brought Protestant Christianity to the Nujiang region. Christianity has become the dominant faith in the region in the past 100 years. 80% of Lisu people identify themselves as Christians. Now, the dominant faith is regarded as a crime.