(Xinyang, Henan–June 8, 2013) Well-known house church pastor and church historian Zhang Yinan and an American missionary couple were in police custody following a government raid Wednesday at Zhang’s church, where the couple had been invited to teach.

More than 20 believers of Union Church in Xinyang, Henan province, were gathered to listen to the American couple invited by Pastor Zhang to speak about the truth of the Bible when more than 10 officers from the Xinyang Public Security Bureau, the local police station and the provincial State Security Department as well as officials from the  religious affairs bureau burst into the meeting site sometime after 4 p.m. on June 5.

After listening for a bit, they hauled everyone off to the local police station in several car-loads.  They also seized the church’s offering box, computer, CDs, and the Chinese Union Version of the Bible that Pastor Zhang has used for many years when delivering his sermons.

At the police station, under the pretext of police questioning, they issued an order to close down Zhang’s church, which Zhang was required to sign.  He refused.

The police then put Pastor Zhang and the American couple into a police vehicle and took them to the Xinyang Hotel.  The names of the couple given to ChinaAid were simply Mary and her husband Gao Yang.  They were described as having been in China since 1995 doing charity work and as people who love the Lord Jesus very much and also love the Chinese people.  They are employed as teachers at two universities and have preached the Gospel in the coastal city of Dalian, in the minority region of Guizhou, including its city of Zunyi, as well as other places.

At the hotel, the State Security officials were friendly to the Americans and were not violent toward Pastor Zhang.  They did nothing more than make threats that house church meetings were not allowed and that Pastor Zhang should go to the services and meetings of the official Three-Self Church.  Pastor Zhang has refused to be part of the Three-Self, a system that he regards as theologically not even Christian.  His view is that the evidence of the history of the church in China shows that the Three-Self system is a political subordinate of the Chinese Communist Party.

Pastor Zhang has recently been invited by several people in leadership positions in the Three-Self church to have talks with them, and they told him about the widespread corruption in the Religious Affairs Bureau and the United Front Work Department, which oversees religious affairs.  The chairmen of the Three-Self Patriotic Movement and of the China Christian Council [the two official entities that oversee China’s Protestant church] give “red envelope” gifts of money to government ministers and use bribes to buy clerical titles and chairmanships.  Many Three-Self leaders are in cahoots with the Religious Affairs Bureau.  In order to not be stained by this corruption and these money-for-power transactions, house churches are steadfast in their resolve not to join the Three-Self Church.

This latest incident follows the large-scale July 28, 2010 raid on Pastor Zhang’s church.  This time, fewer than 30 people were at the house church meeting, but even this was banned, which begs the question: where is the Chinese Communist Party’s policy on Henan’s house churches headed?  Woe to you who are against Christ!  You should be quick to repent.  Pastor Zhang’s church members ask brothers and sisters of the Christian church to pray for them. 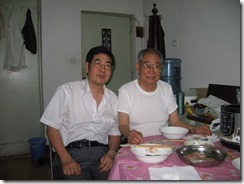 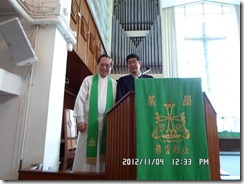