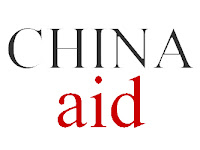 (Wenzhou, Zhejiang—May 29, 2015) The Communist Party of Wenzhou, the city at the heart of the latest crackdown on Christianity, has begun an investigation to root out party members who have secretly joined religious groups or engaged in religious activities, the official China News Service recently reported.

The Wenzhou Municipal Party Committee, in the coastal province of Zhejiang, announced on May 21 that it was launching an “inspection and rectification” campaign to “resolve the problem of a small number of grassroots cadres secretly participating in religion.”

The focus of this large-scale, city-wide investigation is to be the local government’s education and public health departments as well as the city’s institutes of higher education. Those party members who lack Communist ideals and beliefs, have lost their party spirit, or do not possess the qualifications to be a Party member will be resolutely invited to give up their party membership.

The examination of qualifications for joining the party will focus on the candidate’s participation in religious activities and whether he holds religious beliefs, on his performance in day-to-day work and daily life, and other important factors.

Senior party members will undergo a performance appraisal using a scored index, activities geared toward “Striving for Five Stars” will be deepened and refined, and overall party management will be promoted by using a classification system that ranks party members by the number of stars.

The news report said that the management of cadres has been insufficiently standardized, is unscientific, and that stronger measures need to be applied to the problem of staff hiring and placements in violation of regulations.

A careful inspection conducted in January of “freeloaders” in 6,787 government departments and institutions uncovered four people who have already been fired and one person who has been taken into custody and will be dealt with when his case is closed. The investigation recovered 186,692.75 Yuan (US $30,106) in funds from the freeloaders.