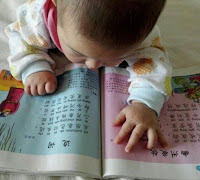 Wife’s letter to incarcerated husband: ‘What can I do to save you, my love?’

(Urumqi, Xinjiang—Sept. 13, 2016) Alarmed by recent reports concerning her husband’s treatment, the wife of a man sentenced to 19 years in prison for publishing dissenting articles and social media posts recently traveled to his detention center in China’s western Xinjiang.

Accompanied by her infant son and sister-in-law, Li Aijie, the wife of human rights advocate Zhang Haitao, met with Ma, the director of the Xinjiang Uyghur Autonomous Region Detention Center, and questioned him about her husband’s treatment. On July 9, Zhang’s defense lawyer visited his client and discovered his shackles hadn’t been removed in more than a year. Ma attested that his shackles had been removed, but Li could not verify his claims.

Li also confronted Ma on her husband’s acute weight loss, asked him to confirm or deny reports that he was prohibited from spending time outside and inquired about whether or not he was allowed to read the Bible she sent him. Ma reassured her that he had enough to eat, joined the other prisoners for their regular outdoor activities and was permitted to read his Bible. However, he denied her request that Zhang meet their son, who was born after he was incarcerated.

Zhang was apprehended on June 26, 2015, after he sent 69 WeChat and 205 Twitter messages advocating for human rights in China, subscribed to and wrote for Boxun and Voice of America, accepted media interviews from overseas organizations and discussed the condition of Urumqi during a politically sensitive time period.

Authorities charged him with “inciting racial hatred and discrimination,” confiscated his property and froze his bank cards. On June 31, they formally arrested him for “picking quarrels and provoking troubles. They changed the charge again to “inciting subversion of state power” on Nov. 18 and accused him of “providing information to foreign powers.” He was sentenced to a total of 19 years in prison, deprived of political rights for five years and fined 120,000 Yuan (U.S. $18,000).

Li wrote about her experiences at the detention center in an article, a translation of which can be read in full below.

China Aid exposes cases such as Zhang Haitao’s in order to promote human rights and stand in solidarity with persecuted Christians in China.

Haitao, what can I do to save you, my love?


Ever since Lawyer Chen Jinxue went to Xinjiang to meet with Zhang Haitao on July 7 and found out he was forced to wear shackles, I have felt like there is a knife twisted in my heart. I cannot sleep soundly at night but toss and turn instead.

Today, Haitao’s older sister and I brought my son Mandela to the [detention center where Zhang is being held] (62 Yuxin Street, East Kashi Road, Urumchi City, Xinjiang) to visit my spouse, Zhang Haitao, who was accused by the Xinjiang government of “criticizing the government” for writing articles and sentenced to 19 years in prison for “inciting subversion of state power.”

When I saw that Chief Ma was already walking back inside, I shouted, “Hello, Chief Ma! May I talk to you for a moment?” completely ignoring the guard’s inquiry.

“Wait a minute, I’m coming,” Chief Ma replied, overdoing it by waving to me.

Inwardly, I was delighted. Maybe it was Mandela who brought the good luck. Otherwise, the officials would probably have a meeting again, and who would be able to attend to us?

The door opened, and Chief Ma walked out. I stepped forward to greet him. “Hello, Chief Ma!”

“Why are you coming today?” Chief Ma asked me.

“Procurator Maiti told me that he would take the shackles off if Haitao would follow orders. I just want to ask if the shackles have definitely been taken off.”

Chief Ma said, “The shackles will be taken off if he follows orders!”

“Is he following the orders?” I asked urgently.

“It’s already been taken off.”

“I’m sure it was taken off.” Chief Ma’s tone seemed appropriately certain.

“Before, Procurator Maiti said that the prisoners could not go out to get fresh air due to the reconstruction of the detention center. When can they go out? Sunshine is a resource for everyone. Whether you are [free] or [in prison], everyone should have the right to enjoy the sunshine. Even the prisoners in the detention center have the right to enjoy sunlight, right?” I said.

“Everybody goes outside. Of course Zhang Haitao is included.”

“This is the best detention center. Of course he can eat his fill. There’s a Bible inside and he is allowed to read it. He can’t meet the child right now. You don’t need to worry about him being in the detention center. Just take care of yourself and your son, okay?”

As Chief Ma said this, he was already walking back to the detention center.

Despite Chief Ma’s tone of certainty, yet I still could not resign myself to leave. Under the burning sun, I held Mandela, and the three of us, including Zhang’s older sister, lingered by the detention center and paced back and forth. We hoped that we could see someone’s shadow, but the only things we could see were the wires and the walls.

That was the nearest I could get to Haitao. I wished that I could obtain a kind of superpower that would allow our child, Mandela, to fly over the wall and throw himself into his father’s embrace.

“Mandela, call loudly to your father! Your father is inside here,” I told my son.

Today was the first time Mandela had been this far. He appeared especially inexperienced [with being outside] and excited, his small hands incessantly clapping, amazed by the sceneries outside, clapping his hands and loudly and clearly shouting “ah ah ah”, as if telling his father, “I have come!” He grabbed my hairband occasionally and played with me, saying “Ge ge ge” and laughing incessantly.

Seeing the carefree Mandela, who did not know the affairs of the world, made me want to laugh and cry at the same time. I was depressed and grieved. The child, who was supposed to grow up under his father’s protection, had never met his father after being born. He had finally come this close to his father, but the wires and walls prevented them from uniting.

As Mandela laughed delightedly, my heart bled out the words, “My husband, are you alright inside? Do you know that our son is almost within your reach? Are you telepathic?”

I remember that I was still pregnant when you were arrested. I went to the detention center and the baby kicked inside of me; isn’t that like some kind of telepathy? Are you thinking of your son right now?

Little Mandela’s happiness infected my indignant and grievous mood. The two emotions intertwined and tortured me. What should I think of these emotions and these circumstances?

“Haitao, my love. Can you really go outside without anklets and handcuff while you’re in there, as Chief Ma said? Do you really have enough to eat and basic nutrition?”

We were only a wall apart, but I could not see you. There was no way for me to know if Chief Ma was telling the truth, and I don’t know how to confirm whether or not his words are the truth.

Haitao, you were treated in this way by corrupt officials only because you said things that they do not like to hear and exposed the truth behind their unfit-to-be-seen acts.

My dear, do you know that your sister, your son Mandela, and I are outside of the wall, missing you and concerned about you?

Haitao, I care about you and am so heartbroken for you! However, this justice-less nation doesn’t safeguard human rights in the slightest degree. What can I do to protect you, my love?