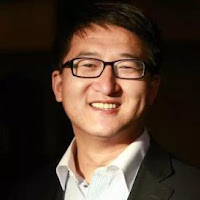 (Inner Mongolia—Nov. 14, 2016) Renowned human rights lawyer Zhang Kai recounted his gratitude for the friendship of the wife of an incarcerated attorney.

According to Zhang, Wang Qiaoling, the spouse of award-winning human rights defender Li Heping, continuously showed support to both him and her husband while the government persecuted them for representing groups targeted by the government. Since Li’s arrest, she has dedicated herself to procuring his freedom.
Additionally, Zhang writes that “She witnesses about Jesus Christ with righteousness, sympathy, and a modest heart,” despite her current circumstances.
A translation of Zhang’s article can be read in full below.
China Aid reports abuses, such as those experienced by Zhang Kai and Li Heping, in order to stand in solidarity with the persecuted and promote religious freedom in China.
Regarding Wang Qiaoling
By Zhang Kai
In the biblical book of Ecclesiastes, it says, “I found one upright man among a thousand, but not one upright women among them all” [Ecclesiastes 7:28]

It is a pity that Solomon, the author of Ecclesiastes, never lived in this era. I will not deny that our time is full of corruption and degeneration, but there are always certain people and events that shed light into our hearts.

Mrs. Wang Qiaoling is one of those noble people who always moves me. I deeply admire her.

Who is she? Her first identity is a believer of Jesus Christ. Her second identity is more extravagant. She is the wife of Li Heping, who was sued with the charge of subverting state power. I hope she will approve of this [message].

Li Heping is a good friend of mine. I have known the couple for many years. I used to frequent their house, but I stopped visiting them as often after I moved. Li Heping was the first person who called when I was surrounded by the Chongqing police in 2009. In 2011, a group of people wanted to hunt me down in the North Third Ring District [of Beijing]; I was extremely scared. Again, Li Heping arrived at once and accompanied me during that night of darkness. [Fellow lawyers] all acknowledge that Li heping is an upright person who cares for his friends. He has another lesser-known virtue: he is one of the few lawyers who like to praise their wives. He told me how nice his wife is and how grateful he is to her. Those stories are very touching.

Li Heping comes from a very poor family. More accurately, his family was in abject poverty. I have heard that he did not even have a proper blanket back then. Wang Qiaoling, on the contrary, was brought up in an affluent family. The couple had nothing when they married, but Wang Qiaoling never complained. She sincerely believed that the man whom she’d married would have a bright future. The man did have extraordinary ability. He became famous and won several international human rights awards a few years after working as a lawyer in Beijing. The Chinese Communist government was suppressing Falun Gong practitioners a few years back. When the atmosphere was tense, Li Heping composed a statement of defense that pointed out that having beliefs is not against the law. The statement was hailed as a classical example among its peers. The statement did not only have powerful rhetoric, but also educated the judges on the separation of politics and religion. Of course, in China, people like him would be constantly summoned and restricted by the government. Wang Qiaoling did not understand him and scolded him a lot at first, but after Li Heping was imprisoned, she admitted that she felt extremely guilty. She said that she did not really support her husband in the past years and acknowledged her husband’s deeds. She told me that she was proud of her husband, because he did righteous deeds. She said: “Li Heping is the best person to be married to.” She did not know that I had tears in my eyes on the other side of the phone.

Heping’s family is very poor. The couple helped out Li Heping’s parents for many years, and Wang Qiaoling had no regrets. Li Heping has a brother named Li Chunfu. Because of his relationship to Li Heping, Li Chunfu was also prosecuted with extravagant charges. The brother began to work in Guangzhou as soon as he graduated from middle school so Li Heping would have the opportunity to go to college. Wang Qiaoling sympathized with Li Chunfu, believing that he should go back to school. After the couple married, Wang Qiaoling insisted on letting Li Chunfu go back to receive higher education. Li Chunfu then went from Guangzhou back to his hometown in Henan and lived in Heping’s house. With the support and encouragement of Heping and Qiaoling, Li Chunfu taught himself law and passed the judicial examination, becoming a lawyer with merely a middle school diploma. It was a miracle back then, when the passing rate of the exam was as low as 6 or 7 percent. Li Heping has another relative (I forget his name) who did not have good grades. With Wang Qiaoling’s help and tutoring, he successfully got into college. Li Heping is grateful to his wife. He always say that she changed the destiny of his entire family.

Li Heping and I had a deal and left each other a statement of commission. If I go to jail, he will be my lawyer and vice-versa; if he goes to jail, I will defend him. Li Heping was imprisoned because of the 709 Case, the political event that surprised the whole country [Editor’s note: The 709 case refers to a crackdown on lawyers that began on July 9, 2015]. I called Wang Qiaoling on that day, and she told me: “Zhang Kai, I know that you are dealing with the affairs in Zhejiang. You are facing so much pressure. Rest awhile. I’ll find other lawyers first.” I am sure that she did not refuse me because she did not trust my abilities; on the contrary, she was genuinely worried about me. The woman cares for others even in her most difficult times.

Soon, as you all know, I was also arrested. Human rights lawyer is among the most dangerous professions in China. In the past ten years, both Li Heping and I were beaten by the police, hunted down, threatened by hooligans, imprisoned illegally, summoned by the government, monitored and detained, etc. Even our family members were investigated. We would have died much earlier without the protection of God. Wang Qiaoling kept comforting, supporting, and encouraging my parents after I was imprisoned. My parents, who received the education of the Communist Party all their lives, suddenly saw the dark sides of the world. They began to pray for the political prisoners in China.

As you all know, the government asked me to speak for the Party during the hearing of Zhou Shifeng’s case, in order to testify to the legality of the case. I could never forget the fear of being imprisoned. It could become the pain of my life. Human rights lawyers are also mortals. They also have fears of losing freedom. Afterwards, Wang Qiaoling was one of the few people who sympathized with me despite the criticism I was facing. She said, “Zhang Kai, you don’t have to blame yourself. I know what kind of person you are. Please forgive me for not taking care of you recently.” She did not know that I cried on the other side of the phone. I was thinking “Heping, you are indeed a lucky fellow.”

After Heping was imprisoned, his wife dedicated her life to advocating for him. Meanwhile, she also encouraged the family members of other prisoners. She said: “I can compromise on anything but my husband. He just can’t be stolen away from me. I don’t care if it’s the government or another woman.” In an age of carnal desires, Wang Qiaoling demonstrates the pure love between Christians.

For unknown reasons, Heping sold the house in Beijing and rented in the suburbs. I argued with him about that decision. Now, the landlord refuses to keep leasing the house to Wang Qiaoling. After several moves, Wang Qiaoling is still an optimist. She says that it is a good opportunity to travel around in the country with her child.

The level of civilization in a country depends on how the government treat the dissidents. I understand that the Chinese government cannot learn to employ the Western means of debate and election in one night, but some methods the officials used were too base and brazen. It was not much better than the hooligans on the streets. I do not know if the leader who claims that he reads a lot of books would be ashamed of himself if he heard about this. I certainly would.

People joked that “Wang Qiaoling is the best person to be married to.” She witnesses about Jesus Christ with righteousness, sympathy, and a modest heart.

Let us pray for her and Heping. God bless them.