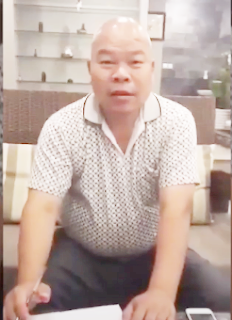 (Nanning, Guangxi—March 25, 2020) Jailed human rights attorney Chen Jiahong fired his legal defense before his trial. His now-former lawyer believes authorities forced him to do so.

Chen is currently behind bars on an inciting subversion of state power charge for his work. He was seized from his home on April 29, 2019, and placed under criminal detention and later, arrest.

On March 16, his lawyer, Lu Siwei, received a notice from the Yulin Municipal Intermediate Court, saying Chen had let him go. Lu expressed confusion about Chen’s supposed decision and speculated that he might have been under the pressure of the officials to do so.

He also said authorities had asked Chen’s ex-wife to persuade him to confess to his crime.

The Chinese government often coerces human rights activists to fire their representation as a legal move that gives the state more control of their trials. Often, they are often made to accept a second attorney, whose allegiance is with the authorities.

Forced guilty confessions are also common, with authorities applying pressure to the prisoner.