Pastor John Cao served as a missionary in Myanmar’s Wa State, transforming the lives of more than 2,000 impoverished minority children by building 16 schools and worked to fight poverty in the region. Chinese officials knew that he repeatedly crossed the border between China and Myanmar because of his work and allowed him to do so for three years.

However, on March 5, 2017, authorities in China’s Yunnan province intercepted Cao and his colleague, Jing Ruxia, and placed them in prison on illegal border crossing charges, despite the fact that they had never had trouble before. Later, they changed Cao’s charge to “organizing illegal border crossings,” and he was sentenced to seven years in prison in March 2018.

Cao is married to an American citizen, Jamie Powell, and is a legal resident of North Carolina. When faced with the option of obtaining American citizenship, he chose not to so as to better be able to serve the persecuted Chinese church.

Those observing Cao’s case believe that his imprisonment does not come from the violation of any border law, but rather arose from China’s ongoing campaign to suppress the Chinese church. Following a farce appeal process on July 25, 2019, a Yunnan court upheld Pastor John Cao’s seven-year sentence. In the court surrounded by the heavy police presence, the court handed down the decision.

Officials only permitted Cao’s family’s lawyer, his 83-year-old mother, and his sister to hear the verdict. One source reports that Pastor Cao has been experiencing health challenges and that he’s lost more than 50 pounds. In August, CCP authorities transferred John to prison in Kunming, the capital and largest city of Yunnan Province. 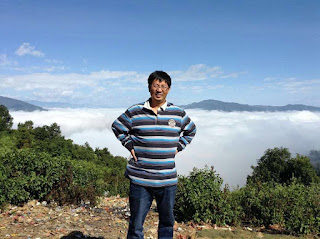