In 2017, Chinese Communist Party (CCP) authorities sentenced Liang Qin to 10 years in prison on fabricated charges of “cult activity.” Officials accused Liang Qin of being linked to the Three Grades of Servants (TGOS), an organization Chinese officials view as a dangerous cult. During a 2016 government crackdown on the TGOS in Yunnan Province, police raided and arrested approximately 200 Christians, including Ju Dianhong, Zhang Hongyan, Zi Huimei, Yang Shunxiang, and Zhang Shaocai, all of whom denied ever being a part of the sect. Despite this, the judge sentenced them to serve between four and 13 years imprisonment.

CCP authorities accused Liang of assisting Ju Dianhong in recruiting members and doing missionary work on behalf of TGOS. The court also said that they found the members in possession of Christian books, such as Pilgrims Progress and Streams in the Desert, which they labeled “evil cult materials.”

Liang Qin denied knowing or participating in any activities involving TGOS. Her lawyer said that Sister Liang “had not violated any laws or regulations, or undermined the law in any way. Her preaching was nothing more than normal Christian activity, wholly unaffiliated with the Three Grades of Servants.” He added that “the books which the prosecution used as evidence of her cult involvement may be brought in many bookstores and are published by authorized presses.” 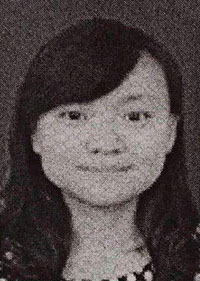